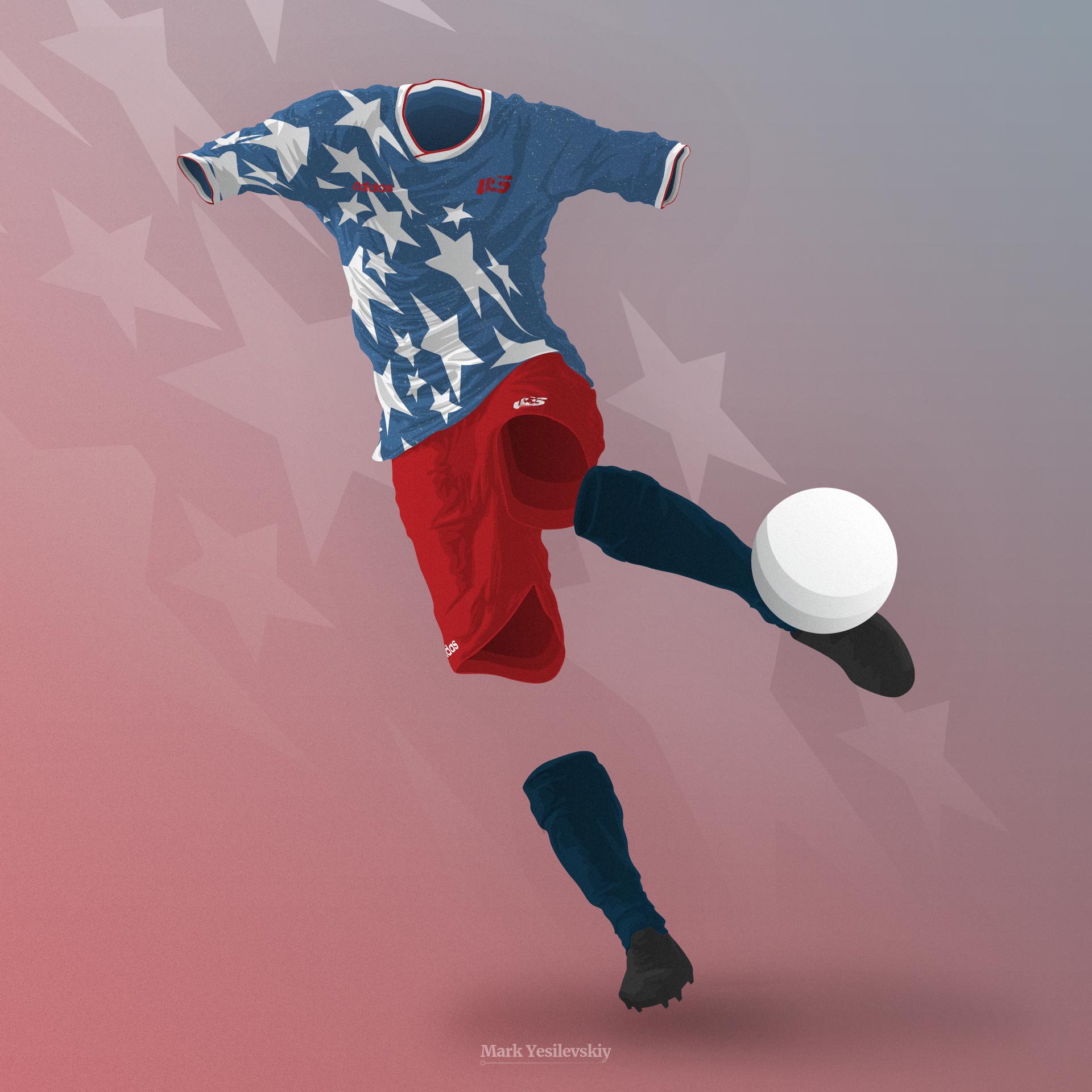 The away kit that the United States Men’s National Team wore in their first World Cup campaign on home soil in 1994. The kit made appearances in all three group stage games (switching to white socks for the Colombia match) but was shelved after the United States made the knockout stage where they would lose to eventual champions Brazil 1-0.