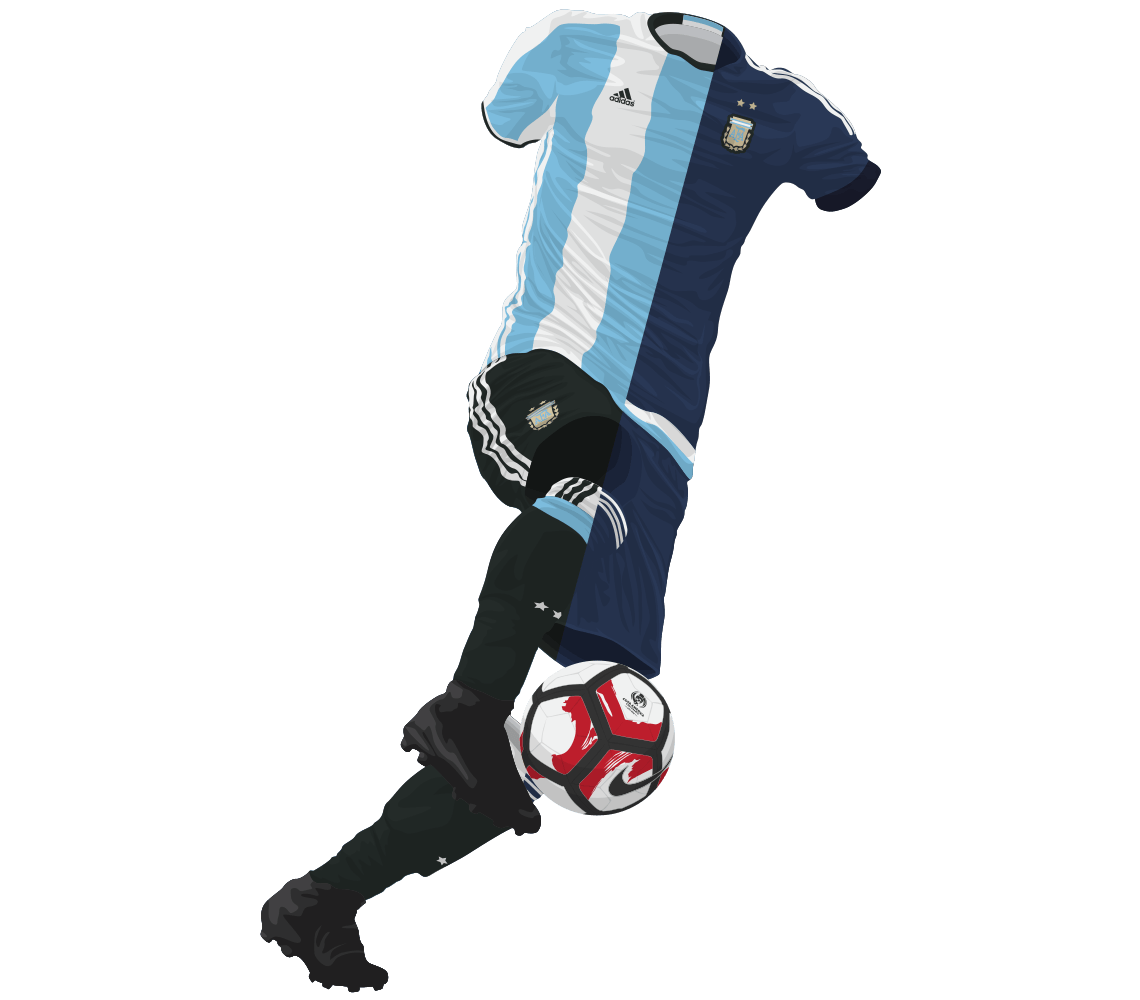 Doing work with ESPN is always a treat. They allow the artists that they bring in to express themselves by allowing them the freedom to work within their styles.

Just like the MVK series, ESPN brought me in to provide the kit illustrations while they built the experience around them, including the home/away slider and downloadable social graphics that fans were free to grab and share on social.

The first of the two posts in the series centered around the Copa America Centenario tournament played in the United States throughout the month of June. The tournament had 16 participating teams (ten from CONMEBOL, six from CONCACAF):

These teams, however, added up to less than half of the total project. In all, ESPN needed 80 illustrations (32 of which were the aforementioned Copa America teams) but the turnaround time for the whole was a relatively cushy two months and this allowed for more unique work. Whereas the MVK project based all 60 illustrations on four individual silhouettes, this project doubled that amount for less repetition on the whole.

In some ways national team kits are easier to illustrate. They tend to have simpler designs and unlike club kits, there is no need to recreate often crazy shirt sponsor logos. In other ways, they are more difficult. This tournament in particular, as anyone following the buildup in the news saw, was particularly disjointed and this extended to the individual teams. Many of the kits didn’t have full reveals, some weren’t fully shown off until the team in question (looking in your direction, Panama) wore them in tournament play. This led to a tight turnaround with the start of the tournament and some educated guessing to get everything in on time.

The crew at ESPN took my illustrations, put them all together on a colorful page with a slider to separate home and away, and created a series of downloadable graphics so that fans can show their colors on social media.